"Goku Super Battle" features a fantastic simplitic refreshing approach to the anime action genre for its fans ! The epic anime-like battles features also simple yet addictive gameplay. in this game you play as LEGENDARY SAIYAN kakarot or other Z fighter to fight all his enemis from ( Z / KAI / GT ) , THAT lets you enjoy the experience on your mobile device! among these enemies there are frost, frieza, cell, black goku…and there are super transformations tap , like super sayian blue and green, rose, and golden form, and other transformation of DRAGON BALL CHARACTERS .

during the gameplay you can create our favorite ultimate dream team! and even Train and Awaken DB characters potentials to power them up in training mode! . you can use many skills of each character like : power up and increase your power degree , recovery, throwing ki blast…etc . and after you win a stage your can claim your rewards.

the game is purely a fighting game like the tournament of power or universe survival, you help the super hero of this game to fight new and claissic enemies in story mode.
GOKU SUPER BATTLE is a game which is inspired by the popular DB anime series . the characters in the game are the strongest characters .you will be in a super hero fight with more than 11 characters. dbz goku battle features the best anime both sides scrolling fighting scenes on your mobile device! 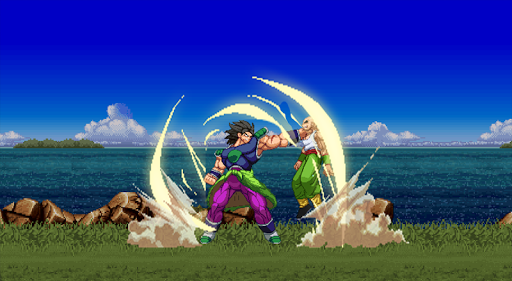 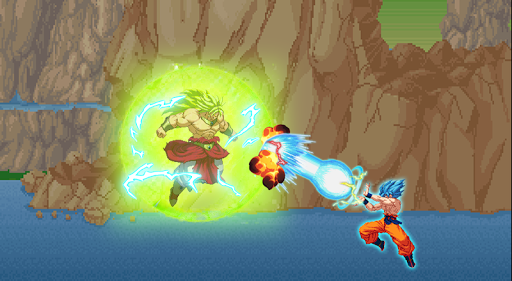 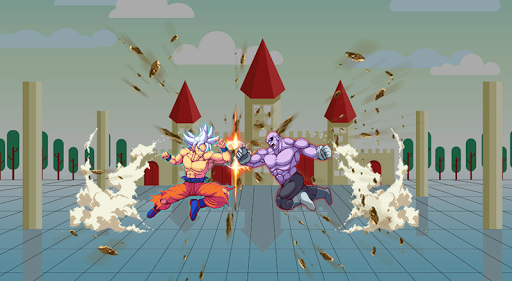 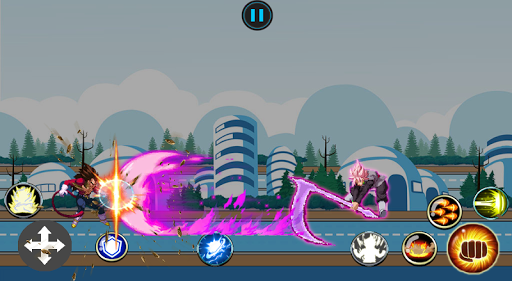 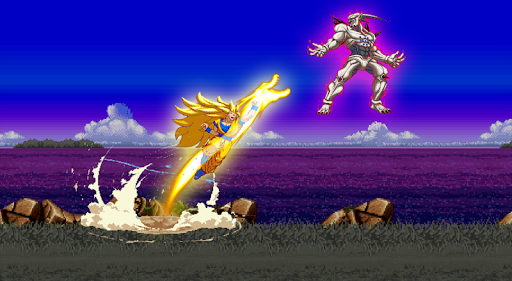